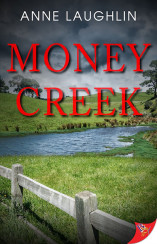 All Clare Lehane wanted was a new start. When her problem with pills costs her her job in Chicago, she moves to Money Creek in rural Illinois to take up her legal career in a small firm and remake her life. But old habits die hard, and she soon finds a drug dealer, Henry, who turns out to be the son of her new boss. Henry blackmails Clare into helping him launder drug money, but his plans don’t stop there: he intends to make her part of his cartel.

Everything changes when Clare goes to a party with Henry and his associates. While she’s in the bathroom, the rest of the party is ambushed and killed. She flees the scene of the crime and calls in the murders anonymously. If anyone finds out she was there and saw the killer as they were leaving, she’d lose everything―the job she loves, her law license, and especially her burgeoning relationship with Freya Saucedo, a member of the local drug task force.

Clare is living a lie that runs deep, and telling the truth may come at a devastating price.

Anne Laughlin is one of those authors that I just enjoy reading.”
- C-Spot Reviews 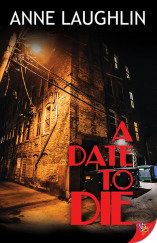 Kay Adler is a hardworking Chicago detective who seeks justice for the victims of murder. She has one close friend, no lovers, and a difficult family. Her life is her work. If she drinks enough on her off hours, it suits her just fine.

When people she knows start dying, her team works to track down the killer. He’s a master of disguise and impossible to find, and she must look at uncomfortable parts of her past to find a suspect. She finds two. She’s removed from the case because of her personal involvement and is replaced by Detective Jamie Sidwell, a woman with whom she has a troubled relationship. Their uneasy alliance takes them places they never would have guessed, but their bond is tested when the killer turns his sights on Kay.

I read a lot of mysteries. I also write them. But I rarely come across one that I wish I’d written. "A Date to Die," is one of those few. This is fast paced suspense, with no slow places. Laughlin has some sharp twists and turns and two stunning and well set up surprises in the final chapters.”
- Martha Miller, author of Nine Nights on the Windy Tree.

BUY A DATE TO DIE 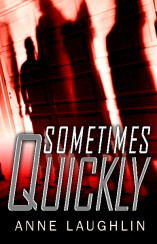 Deep in her drunken, womanizing past, Peg Ryan made a terrible mistake. Eighteen years later, she's sober, a respected lawyer, and in love for the first time. When she takes a call from a former colleague, the distance collapses between her ugly past and her hopeful present. Suddenly, everything she values is under attack.

When Allison Mitchell meets Peg, she knows what she wants right away. She breaks up with the woman she's dating to be with her, only to discover Camille won't go away easily; she's on a mission to destroy Peg and get Allison back.

Allison and Peg's new love is threatened from all directions. How will they fight back?

This is an edited version of my first novel, re-released by Bold Strokes Books. 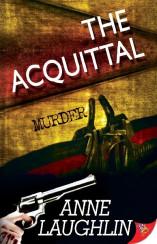 Ex-Chicago cop and brand new private investigator Josie Harper has been hired by a client to clear the name of Lauren Wade, who's been acquitted of the murder of her lover. That means finding the real killer, a task made more difficult by Lauren's refusal to cooperate due to a large family problem - her parents have been kidnapped for a ransom Lauren can no longer pay. Josie has a big challenge of her own - how to redeem herself after the humiliating end of her police career. When Josie and Lauren join forces to rescue the parents, they discover they make a great team, in more ways than one.

Will Josie's troubled past come back to haunt her? And who did kill Lauren's lover?

Laughlin's other mysteries - Sometimes Quickly, Veritas, Runaway-have been stand-alones, but one hopes (I hope) that The Acquittal is the beginning of a Josie Harper series. Josie is a terrific character, written with verve and depth. She's immensely likeable and the issues she's dealing with are presented forthrightly and sensitively without bogging down the mystery plot.
- Victoria Brownworth, Lambda Literary Review 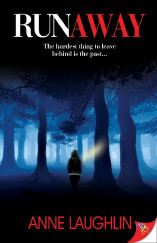 With her life as a private investigator in Chicago firmly established, Jan Roberts can often forget where she came from—a backwoods survivalist camp run by her paranoid, dictatorial father. After risking her life at sixteen to escape the camp, she finds it hard to understand the runaway teenager she's been hired to find. With each step on the trail to find her, Jan realizes the girl is running to the same part of Idaho she fled, a digital age version of her father's way of life.Complicating her mission is the new owner of the security firm she works for, a former British agent who has her own secrets to hide. When the sparks fly between them, Jan finds Catherine wanting to share not only her bed, but also her quest to find the missing teen. The journey to the deep woods of Idaho is a voyage to the heart of darkness for Jan, where the reality of her past can no longer be contained, nor her feelings for Catherine denied. 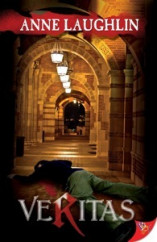 When the hallowed halls of academia become the stage for murder, newly appointed Dean Beth Ellis's search for the truth leads her to unexpected discoveries about her own heart.

For Beth Ellis, Grafton College and its faculty and students are her true home and family. All families have squabbles, and the president of the college rubs Beth, and just about everyone else, the wrong way. The new English professor on campus isn't much more popular, and Beth has her hands full trying to keep the peace as various factions on campus quarrel.  Still, she didn't expect a tenure battle to end in murder.

Weary of violence and senseless tragedy, Sally Sullivan left the Chicago homicide division and returned to her hometown where, as Chief of Police, she expected her greatest challenges to be dealing with car accidents and drunk drivers.  Suddenly faced with a murder investigation with more motives than evidence and an inexperienced staff, Sally finds small-town policing isn't as simple as she thought.  Neither are her growing feelings for Beth Ellis.

As Sally and Beth's very different worlds collide, their common desire to solve the murder is complicated by their unexpected attraction.  A second murder on campus places the survival of the college itself, their tenuous relationship, and their lives in jeopardy.

Anne Laughlin presents us with a finely nuanced, compelling portrait of Beth Ellis, who has always held life at arm's length. With skill and wry humor, she shows us the realities of a life half lived and what happens when Beth's certainties are blown away by the violence of murder, and the intoxicating thrill of passionate love."
- Claire McNab, author of the Carol Ashton and Kylie Kendall mysteries.

Veritas is a high-adrenaline read that left me breathless, waiting for the climax. Anne Laughlin plots like a demon and creates memorable characters But Veritas is more than a satisfying entertainment, as Laughlin paints a dead-perfect picture of corruption and lethal intrigue on a college campus. The novel's emotional force builds as the lives of strong female characters intersect: a beautiful dean with a secret, a determined cop, a mechanic with a gift for no-strings sex. Gripping, fast-paced, smart, and erotically charged - Veritas is a winner.
- Joan Larkin, award-winning poet and editor.

In the Heart of Egypt, Best Lesbian Romance (Cleis Press, 2006)

On Retreat, Read These Lips

Thirty Days Has September appears in the web site Kissed by Venus and in Off the Rocks, Vol. 14 (New Town Writers of Chicago, 2010)

It Only Occurred To Me Lately, Saints and Sinners, New Fiction from the Festival 2013 (Bold Strokes Books, 2013)