My Sister's Paintings or It's Never Too Late To Start 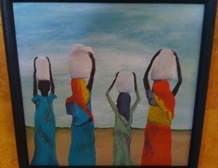 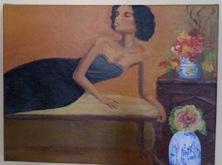 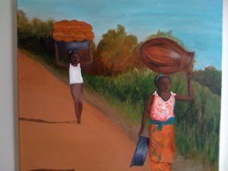 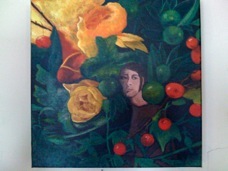 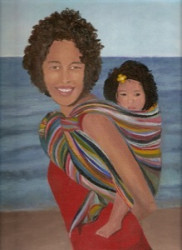 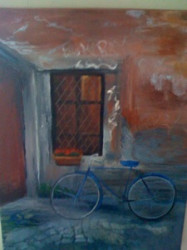 One thing about having your own web site is that you can put whatever you want on it. Right now I'm pretty darn excited about my sister's newly found talent as an artist. The reason I feel this story can be of interest to those beyond my family is that Liz started painting when she was 46 years old. She's turning 48 next week, and I think you'll agree that she's pretty far along the scale for someone who's painted for less than two years.

This must be something that runs in my family - at least among the females. My mother was a painter who didn't find real success in selling her paintings until her early 60s. She was a trained artist, having gone to the Ringling School of Art when she was a young woman, and then painting when she could while raising four children. It wasn't until she was 60 that she started to work in a focused, dedicated fashion and her work took on a whole new look. More concentrated, meaningful, artful. And her paintings sold like crazy.

I started writing when I turned 50. I'm 53 now and still a beginner when it comes to how much I know and how much I have to learn, but still I've thrown myself into it, much as my mother did. And I've had some success so far, enough to keep me going on this path. My mother died before I started writing, but I'd like to think she'd be proud. She admired hard work, even if she wasn't a fan of lesbian mysteries and romances.

I think there's no question Mom would be proud of Liz. She too has discovered her passion in middle-age and has made huge progress in such a short time. It's inspirational, really, and the message I really want to impart is that it is never too late to find that which makes you feel passionate, that which makes the time go by as if it didn't even exist, that which makes you feel intensely proud and humbled at the same time. And if you do find it, the other part of the message is that it - the craft, the art, the hobby, whatever - doesn't develop itself. Like everything else, you get out what you put in, and when you work hard at developing skill, the rewards can be enormous. The reward, in fact, is the work itself.

I figure I'll get to be a good novelist about the time I'll be thinking of retiring from real estate. And that's just about perfect. What better to do with my time? I sometimes wonder what things would be like if I'd discovered writing when I was in my twenties and not so much later. I can't imagine, but I do know that had I not discovered this love at 50, I'd still be 53 but without a published novel and six or seven stories published in anthologies. It's never too late to start.
Categories: uncategorized
« back to all blogs

sunrise naturopathy health resort in Jaipur is among the best resort in rajasthan as well as in India know more at http://www.sunrisenaturopathy.com
Sunrise Health Resort, Have developed a special 7 days programme called Anti-Ageing, based on Ayurveda, Yoga and Naturopathy; these ancient systems of wellness. contact-9828590094
http://sunrisenaturopathy.com/Water-Park.html
http://sunrisenaturopathy.com
http://www.sunriseayurvadic.com/
http://www.allrajasthan.com
http://www.allrajasthan.com/2015/02/best-seo-training-institute-in-jaipur.html
packages were created for patients looking to achieve maximum beauty and restore their youthful appearance.An Ancient Healing System Ayurveda, the ancient holistic healing system of India, has a different vision of the healthy human—not just the gradually failing, getting-through-the-day human, but a lively, vibrant being with energy to thrive and excel. Over the centuries, those in the know have explored how we can have that type of radiant good health.