The Acquittal hits the shelves

My new book, The Acquittal, has just been released, an event that still stuns me. Even after five novels (if you count the one I wrote under a pen name, which I do), it still feels amazing to sell books. A total stranger plunks down money to read something I wrote. Crazy! I hope I never get used to the idea. It's part of the wonder of the book writing process. 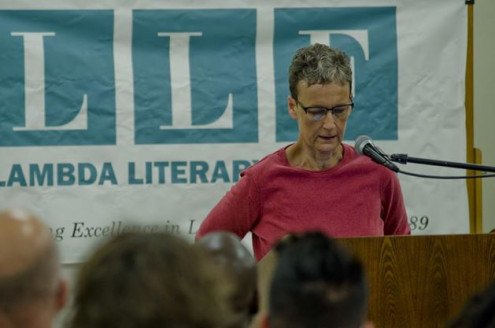 You'll find details of upcoming readings on the Events page. My official book launch is scheduled for Oct. 30th at Women and Children First bookstore. I'm thrilled that Joan Larkin is flying in to read with me. Joan's an award winning poet and all around fantastic person. She'll be reading poems from her new collection, Blue Hanuman.

I've recently finished editing my first novel, Sometimes Quickly, which I wrote in 2008. The original publisher of the book went out of business and Bold Strokes Books has picked it up for republication as a new edition. It will be released as an e-book in early 2015. I'm grateful for the opportunity to keep the book alive. It's an interesting process to edit something I wrote early in my career, when I knew nothing. The story's good, the characters interesting, but the sentences were so clunky! That must be what my publisher meant when she asked me to edit it with my "mature eye." It was fun cleaning the book up and letting it shine a bit more. 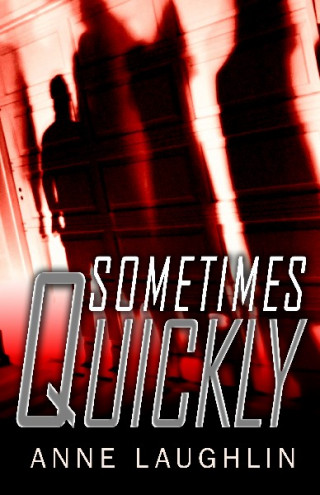 In other news, I've finally started exercising! I mention this only because it's so important following a cancer diagnosis. Did that make an impression on me in these two and a half years since my diagnosis? No, it did not. Exercising reduced the risk of recurrence by as much as 40%, but apparently that wasn't enough motivation for me. What worked was joining a group of women early in the morning and walking the Chicago lakefront together. Suddenly exercise is fun. I even get out there on days I'm not with the walking club, trying to add running to the regimen. Here's a photo of the club. 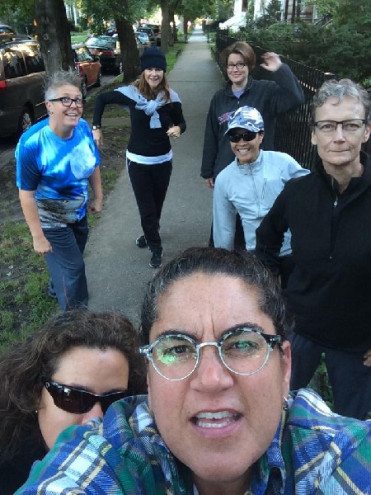 Finally, I haven't yet announced here that Linda and I were married on April 25. We kept it simple and went to City Hall. Do I feel any different? I'd have to say yes, but I can't articulate what it is. We were certainly as committed as a couple can be for seventeen years before the ceremony, so what could be different? Is it a commitment that goes a step beyond? Perhaps. In any event, we're very happy.

I hope you all enjoy reading The Acquittal. And don't be shy about letting me know what you think. I can always be reached at annie3310@gmail.com. I love hearing from you.