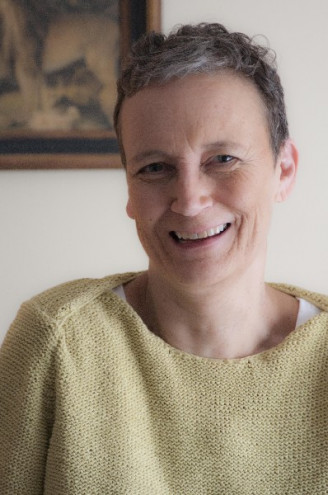 It's May of 2013, which mean it's exactly a year ago that I finished four months of 'double dose' chemotherapy. I almost never mention the other treatment I received - the lumpectomy, the six and a half weeks of daily radiation - because they seem to be a dream. Gone.

But chemo lives on and often takes a year to two to run it's evil course through my system. My biggest symptom at this point is chemo brain, a phenomenon in which you act like a woman going through menopause only twenty times worse. It's really kind of frightening.

The other day I took my scooter out to meet some friends. It had finally become warm enough in Chicago to risk riding my scooter without endangering my fingers and toes. I pulled up and saw my friends gathered in a circle, so I got off my bike and sauntered over. I finally noticed that they were looking at me a little funny, like I'd developed a dread skin disease since they last saw me. I realized I still had my helmet on my head and when I went back to the scooter, it was still running with the keys (of course) dangling in plain site. I had done the exact opposite of what I was supposed to do, and it happens all the time. (If any of my real estate clients are reading this, don't worry. I double and triple check everything!)

I can laugh at some of this. Kind of. But it worries me when I need to be counted on, by myself or others, it's not a good feeling to question whether you'll come through. Just today I had to go up the stairs three times before I remembered what I'd originally gone to get. I finally succeeded by muttering "iPad, iPad, iPad" all the way up the stairs and into my study. I haven't yet tried to wash my hair with toothpaste, but it seems within the bounds.

Needless to say, this makes me a little nervous as I get underway again on my next novel. While my whole goal with this book is to take things a little deeper and write more beautiful sentences, I fear I'm going to end up with something akin to a brave Mama duck bringing her brood safely across a busy street. Luckily, chemo brain is usually not permanent and gone within a year or two. I could be a genius at any moment.

The writing news this year hasn't been bad, by any means. Runaway has been shortlisted for both a Lambda Literary Award and a Goldie. Linda and I will head off to New York for the Lammy's, because, well, it's New York and the awards show is about the only glam thing I've attended. This year they're honoring, among others, John Irving and Augusten Burrows, so there's going to be some big literary names in the house. Janis Ian will perform, but having not followed her career since "At Seventeen," I'm afraid it will be like an iPod with the replay button pushed. I mean, does she have any other songs?

Because the Lammy's are a pretty classy affair, I've gone into deep panic about what to wear. Not only do I not have a wardrobe equipped with gala-worthy clothing, I've lost about twenty pounds in the last couple of years and I barely have a wardrobe at all. My sister is coming to the rescue. She and I will go to the mall together and while I close my eyes, Liz can pull clothing off the racks and shove me toward the fitting rooms.

Just prior to the Lammy's, I'll be heading down to New Orleans for the Saints and Sinners Literary Festival, my favorite writing event by far. I'll be taking master classes from Dorothy Allison and Ellen Hart, I'll be moderating a panel on mystery writing with some very distinguished panel members, and I'll be eating beignets. And certainly not in that order. Also, a story of mine was named a finalist in the S&S short fiction contest, which means it will be published in an anthology put out by Bold Strokes Books. I'm very thrilled about that. The book launch for the anthology will open the festival.

This past weekend, I read the opening from the new book at a reading at Outwords Books in Milwaukee. The reaction was positive enough to give me some charge, some eagerness, and I want to thank the women in the audience for that. They were a great audience, as always.

What else, what else. Perhaps nothing worth writing about. Thanks for your patience for the long intervals between blogs. All I can say is I'll try to do better.


Categories: uncategorized
« back to all blogs

This is great Anne. I love reading your thoughts; always so honest, funny, down to earth, and satisfying.

Thanks, Em! Great to hear from you. Honestly, blogging to me simply means writing whatever comes off the keyboard, for better or worse. Talk soon.

Keep getting better Anne! Just became a fan after reading Runaway. Looking forward to reading more from you.